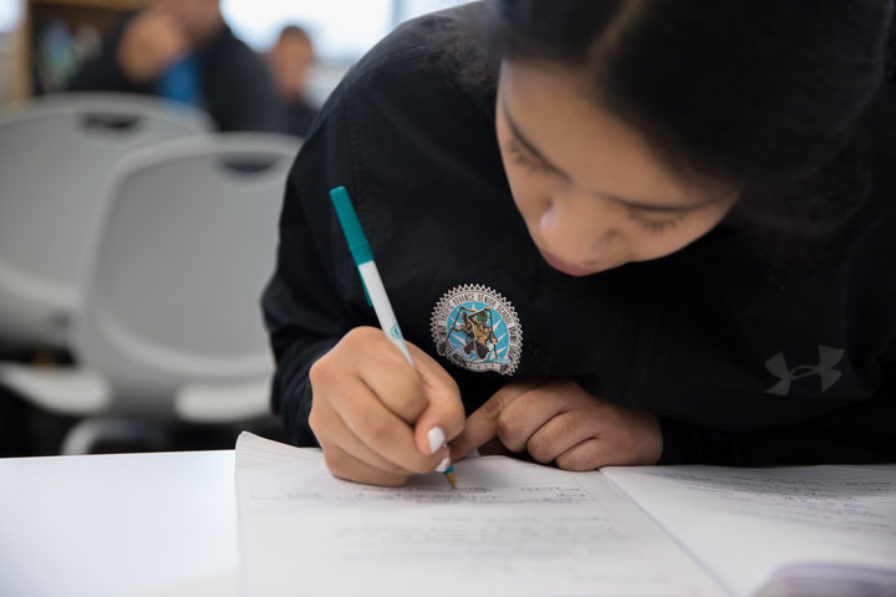 "In our work we challenge traditional notions of literacy because for Pasifika, literacy is not the pen on the page," Dr Johansson explained. Read the full article about the success of the 'Pasefika mo le Pasefika' model in this culturally responsive school, PASS. 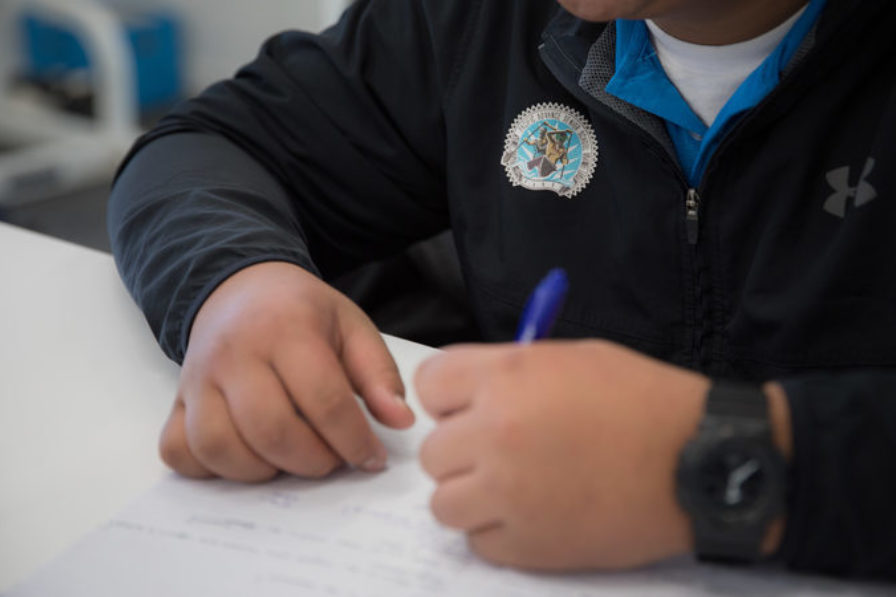 In this same room, students here begin their school day with hymns and prayer - a striking parallel to how many schools in the Pacific region also start their day. It's well known that religion is strongly embedded in Pacific culture and here at Pacific Advance Secondary School - simply known as PASS - faith is evident in school life. "It just takes me back to the Islands. Just makes me think about where I've come from, " Year 12 student Robert Momoemausu, who plays the keyboard in the worship music team, said. "It makes me feel like I've got to cherish my culture." Both he and classmate Falaula Tuigamala left the state schools they were previously attending and this year enrolled at PASS. While Falaula has no complaints about her former school, located just a few minutes down the road, she said the cultural environment at PASS has made all the difference to her learning. "I really enjoy our teacher, Uncle Kali. In the classroom he likes to speak in his native tongue sometimes and then we like to learn [it]," she explained. "Somehow it helps us remember better - whatever he's teaching. And I think it really helps."

It's a school where students are grouped into villages and teachers are referred to as "aunty" and "uncle" and the Pasifika framework provided by the school is bridging the gap for young vulnerable Pasifika kids in mainstream education. Now it's set to become New Zealand's first Pacific School in the state system next year.

"It's not a school where there are students and staff, it's a family where we're all brothers and sisters," Falaula explained. "The environment is just amazing here you know. And I feel very safe, I feel loved and this has really become my family." The co-principals are a husband and wife team and are known as Tamā and Tinā - that's Samoan for 'Father' and 'Mother'. It's a model that co-principal Alaimalo Falefatu Enari described as 'Pasefika mo le Pasefika' - by Pacific people, for Pacific people. "We have different visitors come in to look at what we do because they have a Pacific population in their schools," Alaimalo said. "And you can't go past having a Pacific board, chairperson, principals, staff," he said. "And we ask the kids to bring all of their 'Polynesian-ness' to school."

PASS is one of seven charter schools which have just been granted designated character status by the government after they succeeded in their bids to integrate into the mainstream system. While the government has decided to axe the charter school system, those existing charter schools who have successfully applied to integrate into the state will be allowed to stay open next year. Under the Education Act, a designated character school has a particular character which sets it apart from ordinary state schools and kura kaupapa Māori. Co-Principal Parehuia Enari admitted there would be less flexibility for their model but the school was committed to keeping their Pasifika point of difference. PASS teaches the national curriculum within a Pasifika framework and provides a culturally responsive environment for their students. For example, students are grouped into villages which are each supported by a staff member or village parent. Mr Enari said the model was helping to bridge a crucial gap between the students' cultural identity and their learning. "We have very complex issues, our kids - they're Polynesian, they're Pacific, but they're urban," he explained. "Their parents grew up with 'Umu kuka's and climbing coconut trees and [they] valu'd kalo's and all of these concepts - and our kids, a lot of them have no idea what that is. "And so the parents don't know their world either. So a lot of the time we find the village 'parent' being a bridge to that world and trying to help them understand the needs."

Dr Michelle Johansson has been a strong advocate for culturally responsive pedagogy in the school system and she said the model that PASS provides was needed. "In our work we challenge traditional notions of literacy because for Pasifika, literacy is not the pen on the page," Dr Johansson explained. "It's in our bodies, it's in our siva, it's in our fakaupaki, it's in our tau'olunga, it's in pese, in imene - this is the way that we carry our story and this is [our] research and literacy." Ms Johansson said young Pasifika were always going to come up wanting in a system that was measuring the wrong thing. "If I stand in a Pākehā room, which I often do, and asked everyone to stand up and siva, they would just feel completely uncomfortable. And heaps of them would give it a go, heaps of them would wish for that hole in the floor that they could jump into," she said "For our Pacific kids that's what we do to them every day. We ask them to step into a literacy that is not their own."

While the achievement rates of Pasifika high school leavers have been making slow gains in recent years, alongside Māori they still hold the lowest rates in the country. Ms Enari said the school provided their students with a uniform, stationery and meals in hopes to break down some of the barriers preventing them from learning. "Our key priorities to begin with, is to ensure that their basic needs are met," said Ms Enari. "Our attendance rates increase significantly for our kids because we provide those basic needs on the outset." "And so when they walk into these doors, the whole aim from the board is to ensure that education is accessible to all of our children." Images of inspirational Māori and Pasifika heroes are scattered across the wall upon entering the school's doors. The faces of legends such as Dame Kiri Te Kanawa, Beatrice Fuimaono, Dr Karlo Mila and Tana Umaga is the first sight students behold alongside the words "dream" and "believe". PASS's co-founder La'auli Savae Michael Jones said both he and staff were passionate about seeing young Pasifika achieve their dreams and they were committed to changing the statistics. "We want to move our people from being at the bottom of those social and economic statistics," he said. "We're wanting to see these young people leave and graduate from our school with some qualifications so that they can move forward and fulfill everything that we believe they can be and are designed to be."

*This article originally appeared on www.radionz.co.nz/, and was written by Indira Stewart.