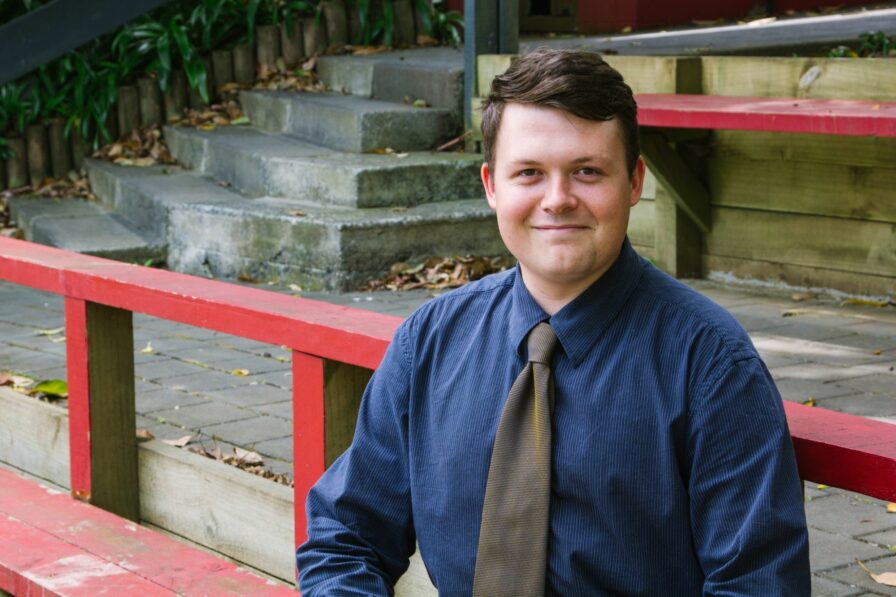 Navigating online teaching in the Time of Coronavirus

Ako Mātātupu's Sarah Dillaman (Kairapu of Cohort 2014) had a chat with John Haggie (Kairapu of Cohort 2017) just as he and other teachers around Aotearoa were coming out of several weeks of teaching under lockdown, and finding their energies challenged in different ways on return to the classroom.

John Haggie’s journey towards educational equity under the banner of Ako Mātātupu began in 2017, undertaking the Teach First NZ Programme in his native Dargaville, where the science teacher’s students sometimes included his cousins. In 2019 he moved to Mount Roskill Grammar in Auckland, where he currently teaches General Science to Juniors and Year 11s, and Year 13 Physics. Alongside his involvement in the local PPTA branch, John supports new staff at his school with contract and policy issues, and is the Staff Representative on the Board of Trustees.

Ako Mātātupu had a chat with John just as he and other teachers around Aotearoa were coming out of several weeks of teaching under lockdown, and finding their energies challenged in different ways on return to the classroom.

When asked first off for three words which describe his lockdown experience, John is circumspect. “Conflicted,” he says, because on the one hand he found it “quite nice” (that’s Word 2) being able to spend time with his new wife in a way that normal life doesn’t usually permit – like having meals together and discussing a book, for example. But at the same time, John found the Covid situation “concerning” (#3) as he was well aware of the struggles many of his students and their families are going through. While he appreciated the opportunity for life to slow down so he could enjoy the little things, “a lot of the people in the communities we serve weren’t having such a good time of it, with loss of jobs and stress about the future,” he acknowledges.

The challenges facing education in the time of Coronavirus have been well-documented, with Kiwi parents in particular amusingly vocal on social media in their epiphanies about what teachers have to go through with their children. (A conspiracy theorist might posit that the teachers’ unions invented Covid as a way to make people realise their value!). As Level 4 approached, schools across the country leapt (or in some cases dawdled) into action to accommodate their students. While some high decile schools forced students to don their uniform for online classes, and pupils would move from one Zoom classroom to the next on a structured, bell-ringing timetable, John speaks highly of how Mt Roskill handled the situation.

“I would hope that most Kairapu (alumni) and current participants [of the Programme] would think about their pedagogy in terms of putting students at the centre of their practice, so for me going into it I never really thought I’d have set ‘This is when I’m doing my lessons, everyone has to log in’ and I thought the whole idea of Zoom or Google Meets lessons was quite ironic or idiotic in my opinion.” Like John, those who have worked in schools serving low income communities will be well aware of the issues for some students around working at home with a device, whether it’s the need to share one computer among the family (including working parents), unreliable Wifi or no access to subject support. Furthermore, many of John’s students had competing demands for their time during school hours, including some who had to get a job in order to help support the family. “So to have a fixed time [for lessons] was quite a flawed approach going into it” – but thankfully not an approach his own school held, and they were in fact well-prepared before lockdown was implemented.

Instead of the assumption he’d be around on Google Meet for a few hours a day to handle drop-in queries when support was needed, John found himself replying to emails, often late into the night because that’s when his students were online. He needed another way.

So in order to be flexible and meet his students’ needs on their own terms, John came up with other ways to teach content and be available to support their learning. He says he is lucky at Mt Roskill – in preparing for lockdown, they were given lots of flexibility about how teachers were to deliver their content, with the ethos being “Do the best for your students and their personal needs”.

As well as the school keeping a register of students’ self-reporting of their wellbeing in a pastoral sense, Mt Roskill asked their rangatahi what was working for them academically, sending out a schoolwide survey. With a big thumbs-up for the recorded tutorials and screen casts, John embarked on making a series of science tutorials, collaborating with his like minded HoD for senior Physics. He would draw up the content for each topic, including learning intentions and what would be assessed (although that wasn’t the main focus), and then encourage students to try out questions, using the resources. He cites the beauty of it as “they can do it in their own time, and if they need to go back and rewatch the video [to understand it better] they can”.

John laughs sheepishly as he admits that during lockdown he found he was “missing work” somewhat, so he got really into listening to audiobooks about education. Thanks to a podcast recommendation from his wife (also a Kairapu of the Teach First NZ programme), he began honing his online creation skills, and Mr Haggie’s Science tutorials took flight.

His research taught him better ways to deliver content in the online space (see Top Tips below). John soon found he could whip up a couple of videos in half an hour, which he is still doing after school each day, now that people are back. He says he’s been transitioning to a more blended learning model anyway – so that students can use the resource in class or at home (for those who are unwell or not able to return to school).

John explains his main consideration has been “For those who have been struggling, having a hard time during the lockdown - how are we going to support them in a meaningful way to get the most out of the year when they return to school? Students can feel discouraged when they encounter topics which they consider difficult”. Rather than just using existing videos off YouTube, with these they can engage with the work in a personalised way (hearing a familiar voice, seeing their teacher’s face) – and for those at home, they get a tutorial video and a parallel task (eg. an exam question) to work on in their own time.

When asked about student engagement, John was pleasantly surprised. While there was less than a 50% take-up in some of his junior classes, his Year 9s exceeded expectations, with many children who were unable to join in online still contacting their teacher to arrange other work or solutions. Now most are back, some are still handing in assignments from lockdown. “It’s kind of strange they are getting into it now!” he says.

Now lockdown is over and life is opening up again, John hopes he and his wife can finally have their rainchecked honeymoon, sailing their small yacht around Kawau. In the meantime, he has nothing but praise for his school and how online teaching and learning was handled in these unprecedented times. Hopefully Mr Haggie’s online creations can continue to bring enlightenment and relief to other science teachers across the country. 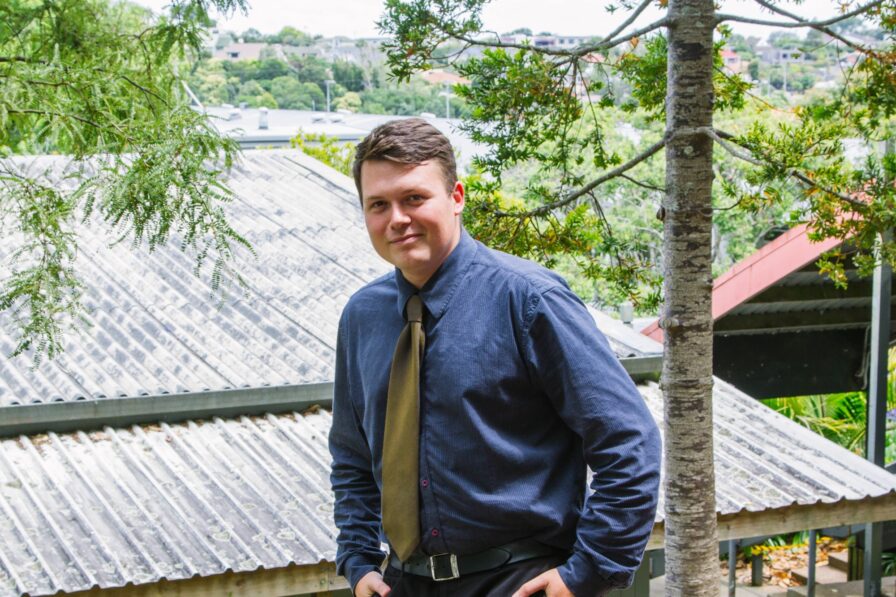 Our ocean, our planet